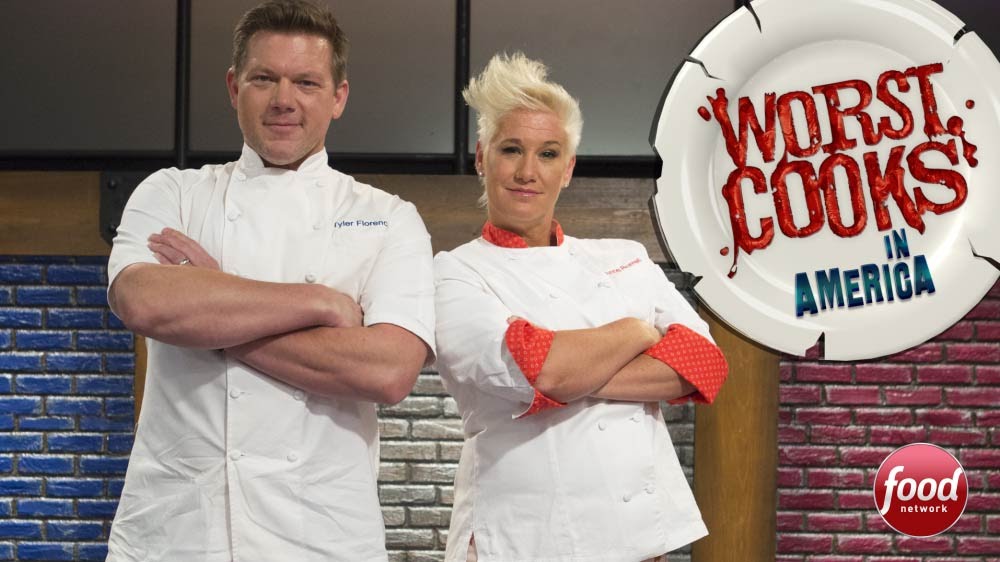 The prospect of cancellation is a very real fear for most, if not all, TV shows. The axe will surely fall eventually, but WHEN? With our team of network sources and insiders, we have the very latest news on whether Worst Cooks in America is cancelled or renewed? Our handy cancel/renew tracker will keep you up to speed on the status of Food Network TV show Worst Cooks in America!

Iron Chef and Supermarket Stakeout host Alex Guarnaschelli enters Worst Cooks in America boot camp as a mentor for the first time this summer, joining Anne Burrell to whip a cast of cooking-challenged recruits into culinary shape during a new season of the fan-favorite series. The two teams of atrocious cooks, one mentored by Alex and the other by Anne, need all the help they can get as they stumble their way through outrageous challenges designed to improve their kitchen skills. In the end, the one recruit who makes the biggest culinary transformation wins a $25,000 cash prize and bragging rights for their team leader. The seven-episode season premieres on Sunday, June 21st at 9pm (all times ET/PT) on Food Network.

"Worst Cooks is always filled with unexpected hilarious and inspirational moments, and Alex joining Anne as a mentor really brings the humor and expertise to the next level," said Courtney White, President, Food Network. "Viewers are in for a fun ride with these two chefs in charge at boot camp."

In the premiere episode, Anne and Alex welcome fourteen of the country's worst cooks with very frightened but open arms. In order to pick their teams, Anne and Alex must determine what they're working with, so for their first baseline challenge the recruits are tasked with making their favorite childhood dish. Then for the main challenge, the recruits learn how to spice up their cooking by making Jamaican jerk chicken - and the two recruits who cluck it up are sent home. Upcoming episodes include a Japanese cuisine themed sushi-rolling and bento box challenge, blindfolded donut eating contest and a trip through past kitchen disasters. In the finale on Sunday, August 2nd at 9pm, the two most-improved recruits must prepare a three-course restaurant quality meal for judges Mary Giuliani, Julian Rodarte and James Tahhan in a blind taste-test to determine the winner of $25,000 and bragging rights for their team leader.