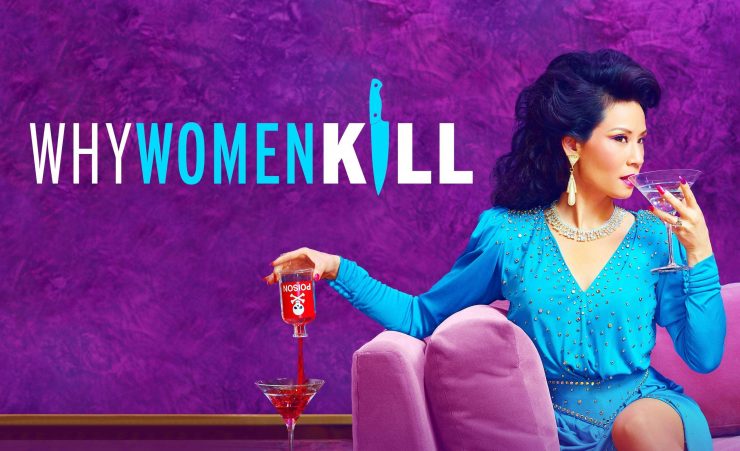 The prospect of cancellation is a very real fear for most, if not all, TV shows. The axe will surely fall eventually, but WHEN? With our team of network sources and insiders, we have the very latest news on whether Why Women Kill is cancelled or renewed? Our handy cancel/renew tracker will keep you up to speed on the status of CBS All Access TV show Why Women Kill!

Renewal Status: Why Women Kill Renewed for Season 2 by CBS All Access!

About Why Women Kill TV Show

WHY WOMEN KILL details the lives of three women living in three different decades: a housewife in the '60s, a socialite in the '80s and a lawyer in 2018, each dealing with infidelity in their marriages. The series will examine how the roles of women have changed, but how their reaction to betrayal... has not.

"As much as we like to think that the institution of marriage has evolved over the past few decades, infidelity still has the ability to rock us to our core. WHY WOMEN KILL will explore what happens when women's primal instincts are unleashed with unexpected and twisted consequences," said Marc Cherry. "I couldn't be more thrilled to be working with two exceptional companies to bring this series to life. Both Imagine and CBS All Access are wonderful partners, and I'm looking forward to an amazing collaboration."

"Having worked with Marc 15 years ago on 'Desperate Housewives,' it is clear he has captured lightning in a bottle again with the depiction of three women who are so richly drawn that they defy expectations at every turn," said Julie McNamara, Executive Vice President, Original Content, CBS All Access. "WHY WOMEN KILL poses powerful cultural questions with Marc's inimitable, biting wit, and we look forward to taking viewers on this wild ride."

"As we began the process of building Imagine Television Studios, Marc was at the top of my list of premium writers who I knew could create an inventive, razor-sharp series to cut through the marketplace - and Marc delivered on all counts. We are honored and thrilled to be partners with Julie and her team at CBS All Access on this project and look forward to playing a key role in bringing viewers to their streaming service," said Francie Calfo.

Lights Out With David Spade