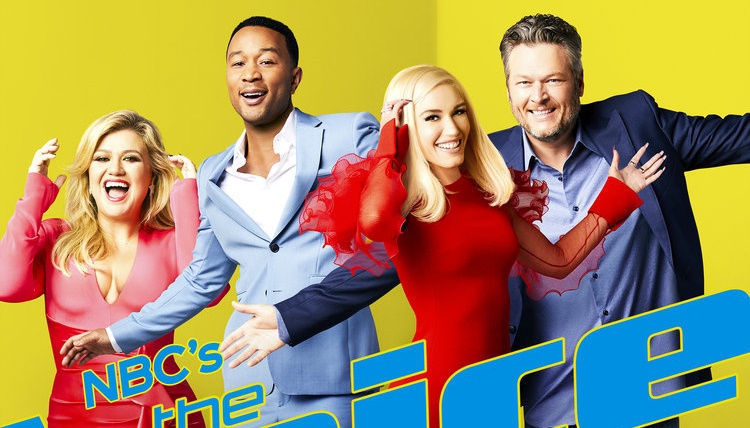 The prospect of cancellation is a very real fear for most, if not all, TV shows. The axe will surely fall eventually, but WHEN? With our team of network sources and insiders, we have the very latest news on whether The Voice is cancelled or renewed? Our handy cancel/renew tracker will keep you up to speed on the status of NBC TV show The Voice!

Renewal Status: The Voice Renewed for Season 18 by NBC!

About The Voice TV Show

The current season continues with the Top 8 performance show on Monday, May 13 (8-10 p.m. ET/PT). The Top 8 artists perform in front of the coaches for America's vote, and in a "Voice" first, the Top 8 will pair up to perform duets on songs from the Beatles, history's most celebrated band. The Top 4 finalists will be revealed on the live show airing Tuesday, May 14 (9-10 p.m.).

This season the Monday and Tuesday editions of "The Voice" are combining to average a 2.1 rating in adults 18-49 and 11.1 million viewers overall in "live plus seven day" Nielsens. The Monday edition has won the timeslot versus regular broadcast competition with 22 of 23 telecasts to date in 18-49 ("live plus same day") and leads the timeslot versus regular Big 4 competition in every key ratings category.

Kelly Clarkson is among the most popular artists of this era with total worldwide sales of more than 25 million albums and 36 million singles. Clarkson has released eight studio albums, one greatest hits album and two children's books. She is the recipient of an array of awards, including three Grammy Awards, four American Music Awards, three MTV Video Music Awards, two Academy of Country Music Awards, two American Country Awards and one Country Music Assn. Award. She is also the first artist to top each of Billboard's pop, adult contemporary, country and dance charts. Clarkson hosted the 2018 and 2019 "Billboard Music Awards" and is slated to make her daytime debut with her talk show, "The Kelly Clarkson Show," launching in the fall on NBC.

John Legend, a critically acclaimed multi-platinum singer-songwriter, has garnered 10 Grammy Awards, an Academy Award, Golden Globe, Tony Award and Emmy Award, among others. Legend, who has released six albums over the course of his career, is the first African-American man to earn an EGOT and one of only 15 people in the prestigious EGOT club. Legend starred as Jesus in NBC's "Jesus Christ Superstar Live!" in 2018 and was nominated for an Emmy for Outstanding Lead Actor in a Limited Series or Movie for his performance. He won an Emmy as a producer in the category of Outstanding Variety Special (Live).