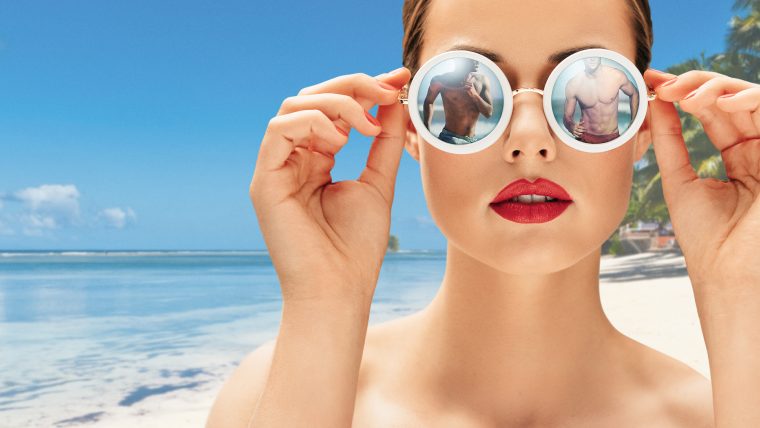 The prospect of cancellation is a very real fear for most, if not all, TV shows. The axe will surely fall eventually, but WHEN? With our team of network sources and insiders, we have the very latest news on whether Temptation Island is cancelled or renewed? Our handy cancel/renew tracker will keep you up to speed on the status of USA Network TV show Temptation Island!

All eyes will follow four dating couples at a most vulnerable time in their relationship, where each will decide whether to commit to a lifetime together - or ultimately give in to the temptation. Together, the couples travel to the tropical paradise of Maui, Hawaii, where they join 24 sexy single men and women anxiously awaiting to find "the one." Brace yourselves for hot and heavy nights as these passionate love-hungry singles compete to steal hearts.

HOW THEY MET: High school sweethearts who met at 16-years-old

HOW LONG THEY HAVE BEEN DATING: 8 years

ABOUT: A fiery, passionate couple who truly see one another as best friends, Javen and Shari are embarking on this journey to prove they are really meant to be together. High school sweethearts, they believe they are soul mates but Shari still can't get over the fact that Javen cheated on her in college. They are headed to TEMPTATION ISLAND in order to ensure she can trust Javen again, Shari knows this experience will test their loyalty and love more than ever before. All the while, Javen would like for Shari to experience dating other men since she's never dated anyone else besides him. Will Javen stray and cheat again or will he prove to Shari that he is a changed man?

HOW THEY MET: Went to rival high schools and connected right before college

HOW LONG THEY HAVE BEEN DATING: On and off for 10 years; exclusive for the past 5 years

ABOUT: Throughout the past ten years, Evan and Kaci have grown alongside each other through every success and hardship. They believe in one another, but something has been holding them back. Kaci is ready for marriage and motherhood, and while Evan says he is too, he just can't bring himself to get down on one knee. Kaci is tired of waiting and knows this experience will open their minds and hearts to ensure they are soul mates and help them commit to the next stage of their life. Will Evan get cold feet or will he finally agree to propose to the woman of his dreams?

HOW THEY MET: The gym

ABOUT: A fun, outgoing and down-to-earth couple, Karl and Nicole are always up for an adventure. They are both passionate about fitness and met at the gym while Nicole was still in another relationship. After her previous relationship fizzled, Nicole and Karl began dating and over two years later, they are trying to determine what is next for them. Both are starting to feel stagnant -- but is it just that their honeymoon phase is over or are they getting bored of each other? On top of that, Nicole feels that Karl is her first true love, yet questions what "real love" even means. Will Nicole realize that she already has real love with Karl or will she let herself be stolen away by another man like once before?

HOW THEY MET: The dating app Bumble

HOW LONG THEY HAVE BEEN DATING: 3 years

ABOUT: Kady is a country girl who has always been the long-term girlfriend, but never the bride. After meeting John, she finally felt she met her partner in life. John and Kady balance each other out and push one another to be the best versions of themselves. However, Kady constantly questions John's masculinity and has always wanted an "Alpha guy." The two of them both thought they were ready to take the leap towards marriage, but something held them back. As they got closer to that monumental step, they began to re-evaluate and together they want to use this journey to figure out who they are separately. Will the couple's self-control be stronger than you think?