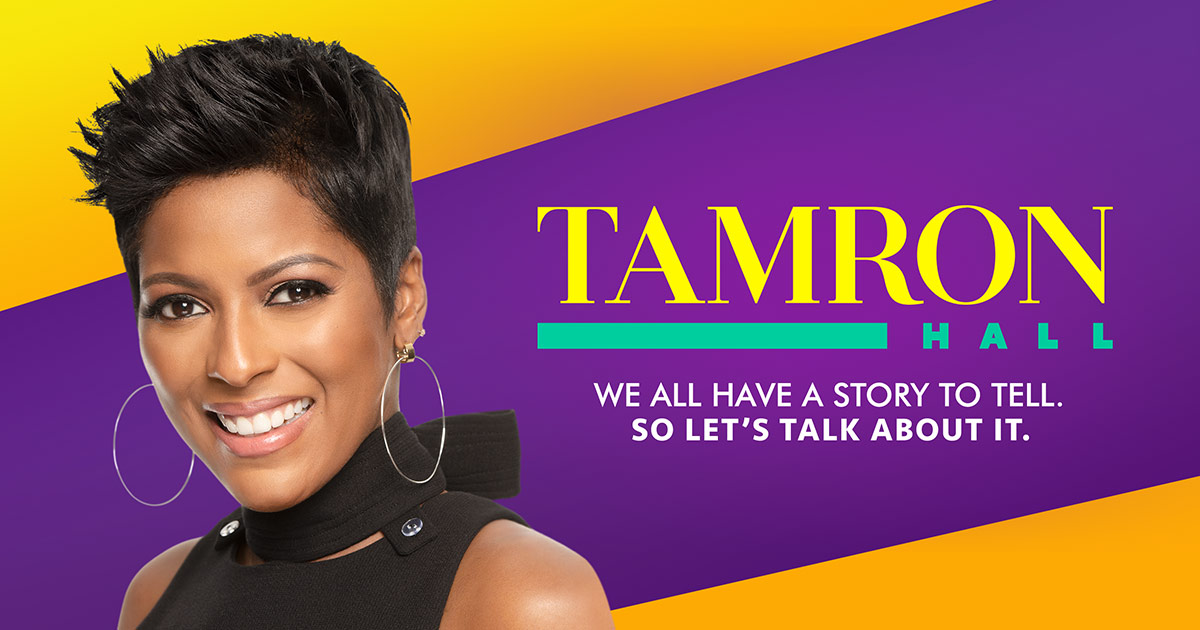 The prospect of cancellation is a very real fear for most, if not all, TV shows. The axe will surely fall eventually, but WHEN? With our team of network sources and insiders, we have the very latest news on whether Tamron Hall is cancelled or renewed? Our handy cancel/renew tracker will keep you up to speed on the status of Walt Disney Television TV show Tamron Hall!

"As one of the highest-rated new talk shows in five years, 'Tamron Hall' is connecting with audiences in such a powerful and unique way, and we are thrilled to build on that momentum with a second season," said Karey Burke, president, ABC Entertainment. "Tamron's authenticity and her stunning ability to engage with viewers is remarkable, and we look forward to continued success working with our incredible station partners."

"I'm thrilled our show has been renewed for a second season!" said Hall. "Thanks to my partners at Disney and ABC for this incredible show of support. I'm honored to host and executive produce a daytime talk show that explores conversation topics that really matter to our viewers, who we affectionately refer to as our 'TamFam.' From inspiring interviews with guests like Tyler Perry and Kelly Rowland to in-depth discussions on issues like the opioid epidemic and domestic violence, nothing is off limits - we're here to 'talk about it.' My team and I are excited to continue to bring our fresh perspective to station partners and viewers nationwide."

"Tamron is a wonderfully unique voice in daytime, offering our stations' viewers an experience both refreshing and entertaining," said Wendy McMahon, president of the ABC Owned Television Stations Group. "Our ABC Owned Television Stations are delighted with the first season, and we are confident of and invested in the continued growth and success of the 'Tamron Hall' show."

"Tamron Hall is an exceptional host," said Emerson Coleman, senior vice president, Programming, Hearst Television. "We absolutely love the lane that this show is in. There is nothing else like it on daytime television today. The program has shown consistent growth since its premiere, and our station group is happy to be invested in 'Tamron Hall' for a second season."

"Tamron Hall" is one of the highest-rated new daytime shows of the 2019/2020 season. The show has held season-high ratings for nine weeks in a row. Since premiering on Sept. 9, 2019, "Tamron Hall" has been a daily destination for all things topical and a platform for viewers to connect with the people who are shaping our world through meaningful, engaging and entertaining conversations. Hall has tackled compelling issues including the opioid crisis, dangers of vaping, school bullying, dating after divorce, and love and relationships, among many others. In addition to Perry and Rowland, Hall has also welcomed such guests as Whoopi Goldberg, Jane Lynch, Tracee Ellis Ross, Wilmer Valderrama and more.

Tamron Hall is an accomplished and award-winning journalist. In addition to hosting the nationally syndicated program "Tamron Hall," Hall hosts "Deadline: Crime with Tamron Hall" on Investigation Discovery. "Tamron Hall" is produced by Walt Disney Television and is distributed in national syndication by Walt Disney Direct-to-Consumer and International, the global content sales and distribution segment of The Walt Disney Company. Bill Geddie and Tamron Hall are the executive producers. Talia Parkinson-Jones is the co-executive producer. The show broadcasts from New York City and features a dynamic mix of live and taped shows.