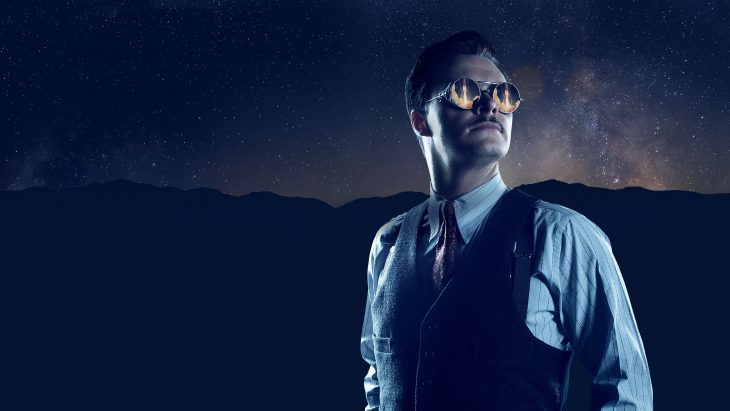 The prospect of cancellation is a very real fear for most, if not all, TV shows. The axe will surely fall eventually, but WHEN? With our team of network sources and insiders, we have the very latest news on whether Strange Angel is cancelled or renewed? Our handy cancel/renew tracker will keep you up to speed on the status of CBS All Access TV show Strange Angel!

Cancel/Renew Status: Strange Angel Cancelled by CBS All Access — No Season 3. Are your other favorite TV shows cancelled too? Visit TVScorecards.com for more cancellations.

Get ready for more sex, magick and rocket science. CBS All Access today debuted a teaser trailer for the second season of its original series STRANGE ANGEL, and announced the series will return on Thursday, June 13. The period drama explores the bizarre true story of Jack Parsons, a man who straddled the worlds of science and the occult, pioneering America's rocketry program while simultaneously practicing sex magick rituals as a devotee to Aleister Crowley's religion, Thelema.

At the conclusion of STRANGE ANGEL's first season, Jack and his team from Caltech made a scientific breakthrough that secured the military's interest as the country neared the brink of war. In season two, the U.S. is fully engaged in World War II, transforming Jack's rocketry work into a lucrative business and further entrenching him in the military-industrial complex. While Jack's career takes off, he and his wife Susan's devotion to their new occult religion grows, leading them to invite the sex cult into their Pasadena mansion and Jack to forge a personal relationship with the group's notorious founder, Aleister Crowley himself.

STRANGE ANGEL, created by Mark Heyman ("Black Swan," "The Skeleton Twins") and based on George Pendle's book of the same name, is inspired by the real-life story of Jack Parsons and explores the dramatic intersection between genius and madness, science and science fiction.