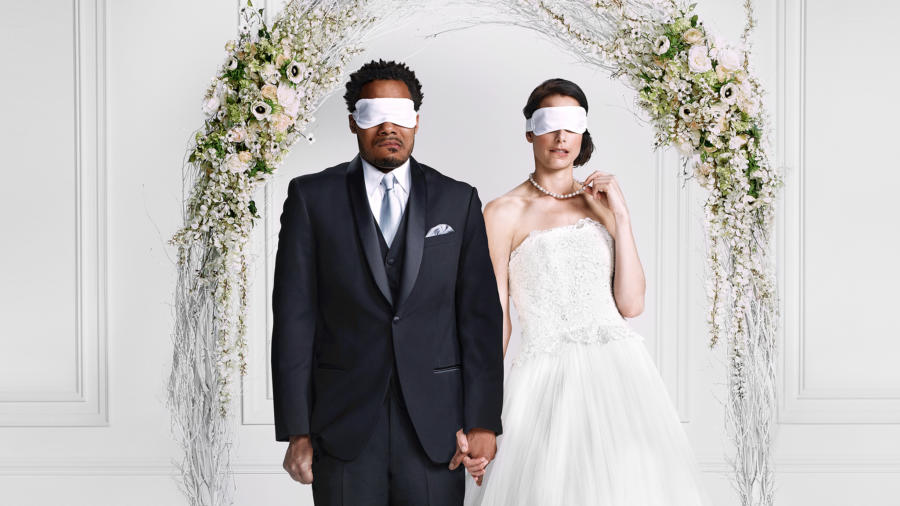 The prospect of cancellation is a very real fear for most, if not all, TV shows. The axe will surely fall eventually, but WHEN? With our team of network sources and insiders, we have the very latest news on whether Married at First Sight is cancelled or renewed? Our handy cancel/renew tracker will keep you up to speed on the status of Lifetime TV show Married at First Sight!

“Married at First Sight” is an extreme social experiment that follows six brave singles yearning for a life-long partnership as they agree to a provocative proposal: getting legally married to a complete stranger the moment they first meet. In season three, all six singles have been selected from the Atlanta, Georgia area. Previous seasons followed couples from the New York area.

Married at First Sight heats up the summer in New Orleans for season 11 of the groundbreaking relationship series, premiering Wednesday, July 15 at 8pm ET/PT. Five new couples will take a leap of faith when they walk down the aisle to marry a complete stranger. All 17 episodes are megasized to 2 hours to capture each couple's emotional journey as they go from wedding to honeymoon to early nesting to the daily struggles of working on their marriage. After several weeks together, each couple must make a decision: do they remain together or decide to divorce?

On July 8th - the week prior to the season premiere - meet the couples with the Married at First Sight Matchmaking Special at 8pm ET/PT, featuring the show's trio of experts, Dr. Viviana Coles, Dr. Pepper Schwartz, and Pastor Cal Roberson, as they share their matchmaking process and pair the five couples. Then at 9pm ET/PT, join Entertainment Tonight's Kevin Frazier for the Kickoff Special, as he and a group of panelists (Emily Longeretta - Senior Entertainment Editor, Us Weekly; Tierney Bricker - Features Editor/Special Correspondent - E! News; Max Fata - The Celeb Talk Guy & Angelique Jackson - Events and Lifestyle Producer/Red Carpet reporter - Variety) to discuss all things MAFS, interview fan favorite couples and begin the countdown to season 11.

Additionally, Lifetime has ordered more episodes of the hit self-shot, spin-off series, Married at First Sight: Couples Cam. The stories of nine past fan favorite couples navigating these unprecedented times while in quarantine, will continue its run this summer paired with new episodes of Married At First Sight Australia which moves to Thursdays in July. Tonight's episode of Married at First Sight: Couples Cam features the long-awaited home birth footage of Jamie and Doug as they welcome their second child during quarantine.

Bennett, 28, grew up in Montvale, NJ and is the artistic director of a theatre company. Bennett has sought a life partner for years but has been through a string of bad relationships but is deeply encouraged by Married At First Sight's history of success with past couples.

Amelia, 27, was raised in Richmond, VA. With a doctor for a mother, Amelia always thought she would follow in her footsteps and is currently completing her medical residency. Amelia subscribes to the idea that "you can fall in love with anyone-ish," and much like her grandparent's arranged marriage, she really thinks it's possible to learn to love someone. She loves social experiments and Married At First Sight is the perfect one for her.

Woody, 30, was born and raised in New Orleans where he is currently a teacher and coach. Woody is ready to find a partner with whom he can share the love and kindness he learned from his mother. He knows who he is and what he has to offer to his future wife and is eager for the experts to help him find that special someone.

Amani, 29, was born in North Cal, and raised in Chicago, but moved to New Orleans to attend college. Amani is passionate about her work in the non-profit sector and aspires to open a non-profit organization working with youth. Amani is serious about finding a life partner to share career ambitions with, explore the world, and ultimately start a family.

Brett, 35, was born and raised in Gretna, LA. He recently became AWS Cloud Practitioner certified and excels in his career in IT. Brett has always been ready for marriage and is definitely open to the MAFS experience since he believes, historically, arranged marriages have been the primary means of matchmaking for the vast majority of human history.

Olivia, 30, was born and raised in Bossier City, LA. After receiving her Master of Science in Nursing and working in clinics in Iowa, she wanted to be closer to home and moved to New Orleans for a position with a comprehensive stroke center. Having worked really hard in her career, Olivia is ready to dedicate the same time and effort in a relationship.

Henry, 35, was born and raised in Arabi, LA. He currently works as a clinical recruiter and enjoys the career he's established. Henry is looking for a partner to settle down with and feels he's tried every approach possible but has been unsuccessful. The dating apps have been disappointing and his friends and colleagues have no one else to introduce him to. Henry is interested in Married At First Sight because believes the experiment will be beneficial in many ways and is a once-in-a- lifetime opportunity that he'd be crazy to pass up.

Born in Houma, LA, Christina, 30, was raised by a single mother and never really knew her biological father. The flight attendant recently got out of a five-year relationship and hasn't put much effort into dating or finding a partner. She is eager for the Married At First Sight experiment because she knows the experts are willing to do the work for her so she can settle happily into a relationship with her perfect match.

Miles, 26, was born in Spartanburg, SC and has always been passionate about education and loves working with children and young adults. Miles is looking for a wife but feels like his options are limited. Married At First Sight is the perfect opportunity to be connected with a partner he would not ordinarily come across. Miles not only has faith in the experts but trusts the process.

Karen, 30, grew up in Baton Rouge, LA. and has been working as a Consultant in New Orleans ever since she graduated. Karen has been single for five years and finds dating to be quite difficult. Karen is ready to get Married At First Sight because she believes the experts will find the right man who has been eluding her all this time.