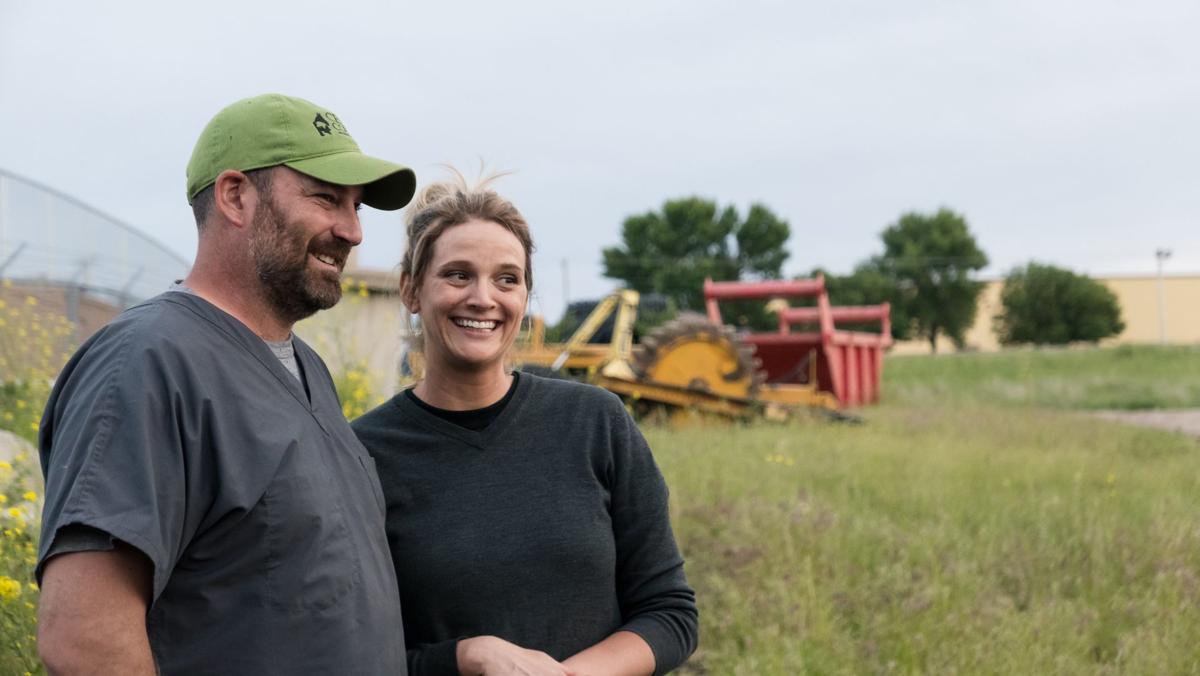 The prospect of cancellation is a very real fear for most, if not all, TV shows. The axe will surely fall eventually, but WHEN? With our team of network sources and insiders, we have the very latest news on whether Heartland Docs, DVM is cancelled or renewed? Our handy cancel/renew tracker will keep you up to speed on the status of Nat Geo WILD TV show Heartland Docs, DVM!

On May 30, Nat Geo WILD Proves Home Is Where the Heart Is With the Return of Fan-Favorite Series HEARTLAND DOCS, DVM

WASHINGTON -- Just what the doctors ordered: Nat Geo WILD brings back the fan-favorite HEARTLAND DOCS, DVM, just a few short months after its first run. Beginning Saturday, May 30, at 8/7c, viewers get a hearty, healthy dose of husband-and-wife Drs. Erin and Ben Schroeder, who have been devoted to veterinary medicine for more than 15 years in America's heartland.

The series, which came out of the stable as one of Nat Geo WILD's strongest performers ever, has captured both the hearts and the respect of audiences nationwide and returns to the small screen to offer a front-row seat to experience daily life among the Great Plains in Hartington, Nebraska.

Combining heartfelt stories with exciting new cases, the new season of HEARTLAND DOCS, DVM is a window into Drs. Erin and Ben's daily lives (always atypical!) and the deep-rooted relationships they have with each other, their families, communities and diverse animal clientele. And now, they have officially adopted and welcomed Veronica, a fainting pygmy goat, as the new clinic mascot. Dr. Erin's love for goats runs deep, and the minute Veronica came into the clinic, she knew the goat would be the perfect addition (if Veronica could only keep upright!).

"HEARTLAND DOCS, DVM gets to the heart of family dynamics, which play a key role in the success of the clinic and the show," says Janet Han Vissering, senior vice president of development and production at Nat Geo WILD. "Drs. Erin and Ben are true hometown heroes. They always put themselves on the front lines for their patients and their people. If a mysterious illness is ravaging local calves or a family needs to make the heartbreaking decision to say good-bye to their beloved pet, the good doctors are always on call with a boost of heart and humility."

Taking over the family practice from Dr. Ben's father, this dynamic duo has been busier than ever with a rolodex that includes livestock and animals of all shapes, sizes and ailments.

In the eight new episodes, Drs. Erin and Ben face some of the most unique cases and experiences to date, including the following:

· A dangerously underweight horse presents a mystery for Dr. Ben, who must ensure the cause is identified before it's too late.

· A two-day getaway to a wildlife reserve brings everyone closer as they work together to herd endangered bison and witness the breathtaking migration of cranes.

· A first-time llama mama gives birth to a baby that provides plenty of drama when it jumps, bucks and squirms in Dr. Erin's arms.

When they aren't helping animals, Drs. Erin and Ben are breathing life back into their community with restoration projects, including three office buildings, a farmhouse and a hotel. No matter the critter, case or construction, Drs. Erin and Ben continue to prove the only thing more massive than their height is their hearts.

In Hartington, Nebraska, Drs. Ben and Erin Schroeder put thousands upon thousands of miles on their truck as they crisscross America's Heartland, employing their expertise to treat all creatures great and small. From furry pets at the clinic to herds of cattle by the hundreds, there are few vets who have the skill and heart to take on the unique challenges that come their way every day. It doesn't matter if they're up against intense summer heat, the bitter cold, white-out blizzards or impassable roads, the Schroeders will do whatever is necessary to treat animals in distress, including opening their clinic on the weekends with the help of their sons Chase and Charlie or making farm calls in the middle of the frigid night. The Schroeders' dedication to their hometown, and the animals that are a part of it, is what makes them invaluable members of the local community.