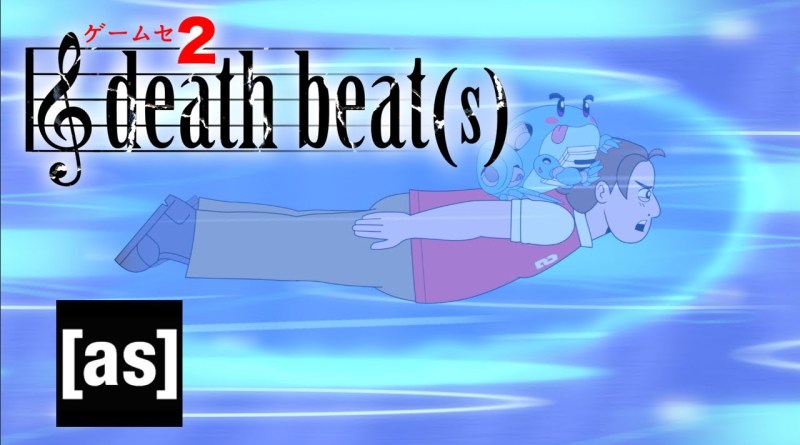 The prospect of cancellation is a very real fear for most, if not all, TV shows. The axe will surely fall eventually, but WHEN? With our team of network sources and insiders, we have the very latest news on whether Gemusetto: Death Beat(s) is cancelled or renewed? Our handy cancel/renew tracker will keep you up to speed on the status of Adult Swim TV show Gemusetto: Death Beat(s)!

Teetering between a melodrama and stream of consciousness, the series follows a band of unexpected heroes as they work together to learn about friendship and save the universe.

After being incinerated by the Inca sun god Inti, sportsman and relic thief Makasu joins a woman made entirely of fingers as they work to uncover the damage he has done. While embarking on his mission, Makasu must use his musical robot battle amphibian to reset death itself as every religion tries to judge his soul in the converging afterlives!

Having first premiered on Adult Swim as part of the network's April Fool's stunt, Gemusetto combines various anime styles with hilarious humor and depictions of Inca gods. Be sure to catch up on Gemusetto season one here before the season two premiere!