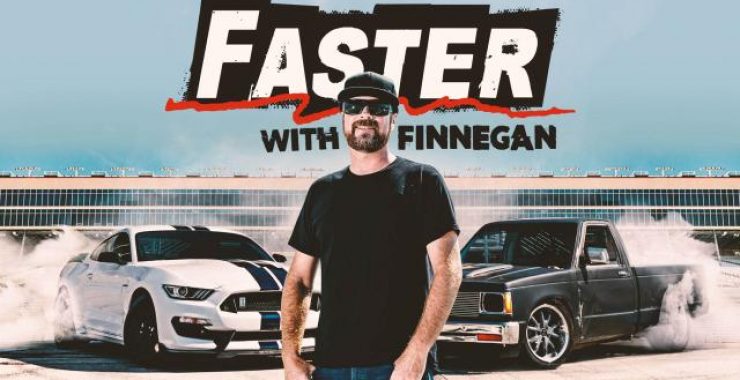 The prospect of cancellation is a very real fear for most, if not all, TV shows. The axe will surely fall eventually, but WHEN? With our team of network sources and insiders, we have the very latest news on whether Faster with Finnegan is cancelled or renewed? Our handy cancel/renew tracker will keep you up to speed on the status of MotorTrend App TV show Faster with Finnegan!

About Faster with Finnegan TV Show

"This series is for the millions of weekend mechanics across the U.S. who like to build, fix and (sometimes) race on a budget," said Mike Suggett, head of programming and development, MotorTrend Group. "FASTER WITH FINNEGAN delivers creative know-how in the search for every budget conscious, amateur wrencher's dream - optimal performance plus speed. Season two is sure to further push the gas pedal on ingenuity."

Hobbyist mechanics and car lovers across American are in search of more speed from their project car. But, can you make significant upgrades with limited funds and limited time? If so, could the upgrades made on your car outperform a newer or pricier model? In each episode of FASTER WITH FINNEGAN, Finnegan and his friends David Newbern and Mike Cotten seek answers while sharing with viewers the knowledge, the technology, the real-life problems and the hard work that come with adding speed within a limited timeframe and without breaking the bank. Every week the series will feature a different vehicle, a different build, a different form of racing and a new challenge.

The MotorTrend App offers more than 8,000 episodes and roughly 4,000 hours of world-leading automotive series and specials including the most complete collection of classic TOP GEAR (200+ episodes and specials spanning seasons one thru 26), the upcoming all-new TOP GEAR AMERICA and every season of WHEELER DEALERS, ROADKILL, FAST N' LOUD, OVERHAULIN', BITCHIN' RIDES, TEXAS METAL, IRON RESURRECTION and many more. The MotorTrend App is available for Prime Video customers in the U.S. on Prime Video Channels and on Amazon FireTV in addition to other media players and streaming devices including Apple TV, Roku, Google Chromecast and on the web, as well as across iPhone, iPad, and Android mobile devices.