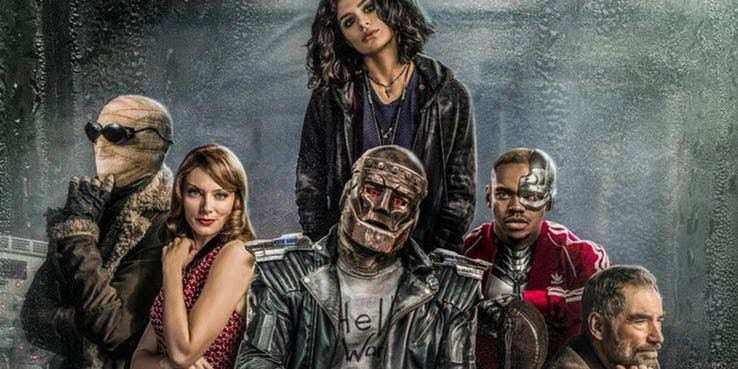 The prospect of cancellation is a very real fear for most, if not all, TV shows. The axe will surely fall eventually, but WHEN? With our team of network sources and insiders, we have the very latest news on whether Doom Patrol is cancelled or renewed? Our handy cancel/renew tracker will keep you up to speed on the status of HBO Max TV show Doom Patrol!

Cancel/Renew Status: As of July 7th, 2020, HBO Max has yet to cancel or renew Doom Patrol for Season 3. We track the status of Doom Patrol each day and will update this page as soon as Doom Patrol is cancelled or renewed. Stay tuned by bookmarking this page or subscribing to our free cancel/renew newsletters.

DOOM PATROL is a re-imagining of one of DC's most beloved groups of outcast Super Heroes: Robotman, Negative Man, Elasti-Girl and Crazy Jane, led by modern-day mad scientist Dr. Niles Caulder (The Chief). The Doom Patrol's members each suffered horrible accidents that gave them superhuman abilities - but also left them scarred and disfigured. Traumatized and downtrodden, the team found purpose through The Chief, who brought them together to investigate the weirdest phenomena in existence - and to protect Earth from what they find. Part support group, part Super Hero team, the Doom Patrol is a band of super-powered freaks who fight for a world that wants nothing to do with them. Picking up after the events of TITANS, DOOM PATROL will find these reluctant heroes in a place they never expected to be, called to action by none other than Cyborg, who comes to them with a mission hard to refuse, but with a warning that is hard to ignore: their lives will never, ever be the same.