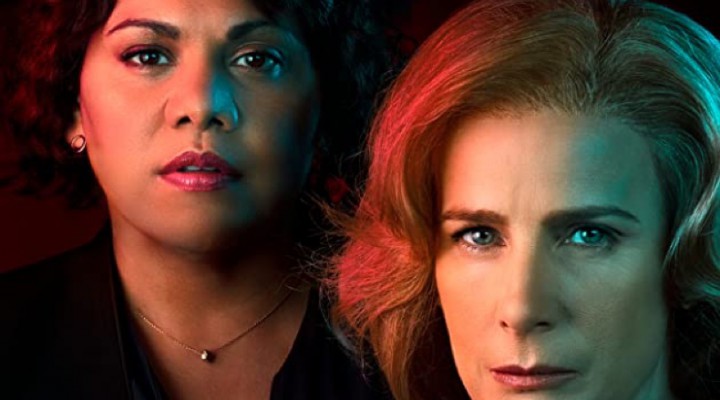 Indigenous woman Alex Irving (Mailman) walks out of the offices of the Magistrates Court and becomes a national hero. A domestic abuser has gone rogue with a gun and Alex happens to be there at exactly the wrong time. When Alex drags a woman to safety and ends up facing the gunman down, the footage of her insanely brave actions goes viral. Everyone sees it. Everyone wants to know who she is, especially the nation's Prime Minister. Rachel Anderson (Griffiths) is the country's Prime Minister and her coalition government is riven with infighting, besieged by opposition attacks and bad press. She needs something from left field to save the party and her career. So, when some of Alex's social media postings come to light, suggesting her politics might mesh with those of the government, the PM overrides her party and drafts Alex into the Senate.

Total Control is a story of ambition betrayal and treachery. It is about one woman, marginalized through the color of her skin, the desperate history of her people, her gender and her class, navigating her way to real power. Also starring Harry Richardson (Dunkirk, Poldark), Celia Ireland (Wentworth), David Roberts (Bad Mothers, The Matrix Reloaded) and Aaron Pedersen (Mystery Road).